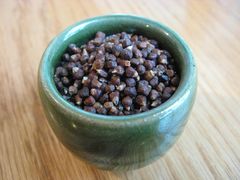 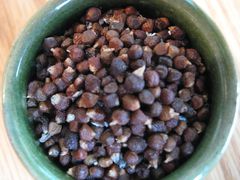 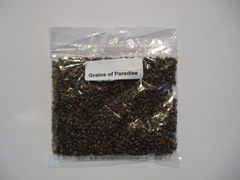 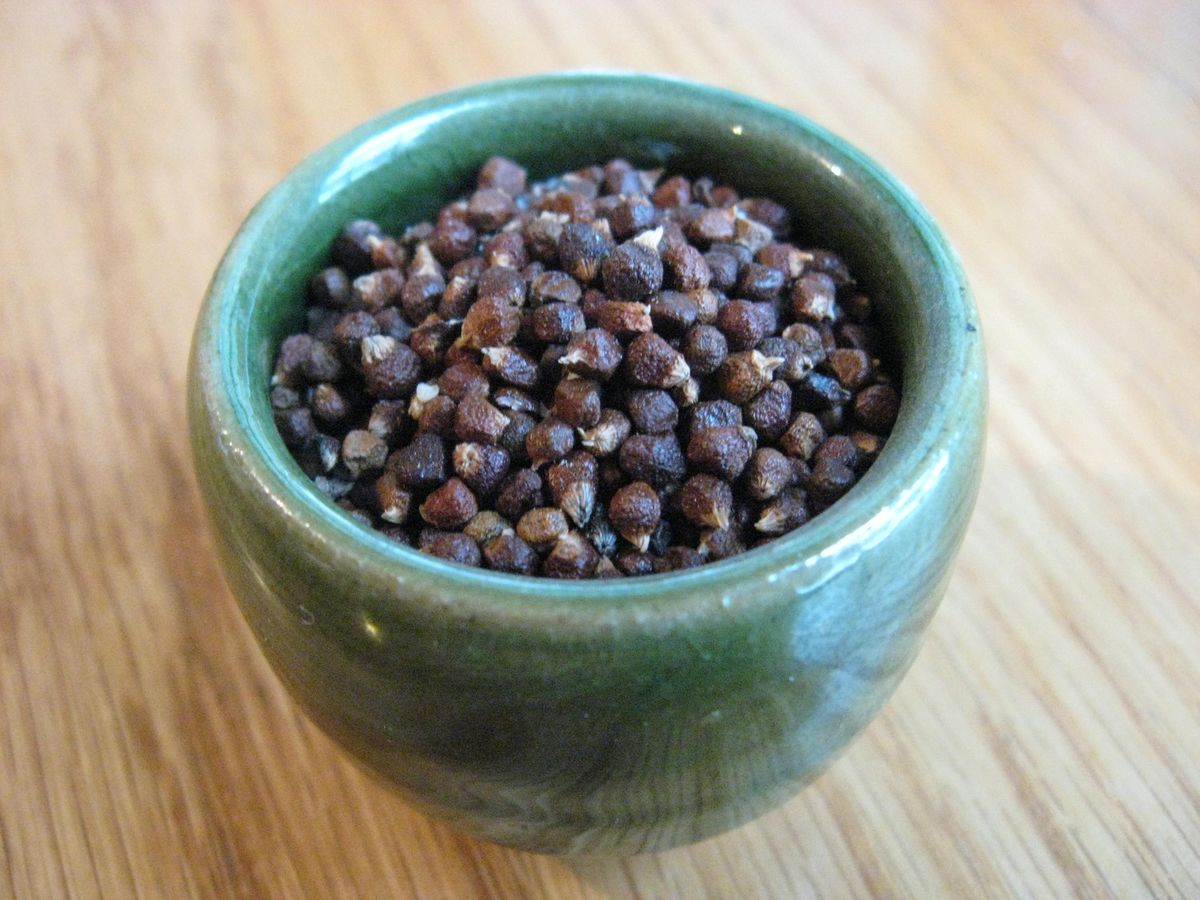 Grains of Paradise is also known as Melegueta pepper, alligator pepper, Guinea grains or Guinea pepper.
It gives a pungent, peppery flavor with a sweet after taste.
We have found that the grains freshly ground, in a mortar and pestle, make a wonderful addition to chicken.

It is a perennial plant native to swampy habitats along the West African coast with trumpet-shaped, purple flowers that develop into 5 to 7 cm long pods containing numerous small, reddish-brown seeds.

Today it is largely unknown outside of West and North Africa, except for its use as a flavoring in some beers (including Samuel Adams Summer Ale)and used in recreating Medieval cooking recipes.
Alton Brown is a fan , and has used it on his cooking show, Good Eats.

In West Africa,among the Efik people in Nigeria have been used for divination and ordeals determining guilt.It is also said to have medicinal qualities.

The item purchased is the bag of Grains of Paradise in the photograph.

Herbs and Spices , Peppers of the World 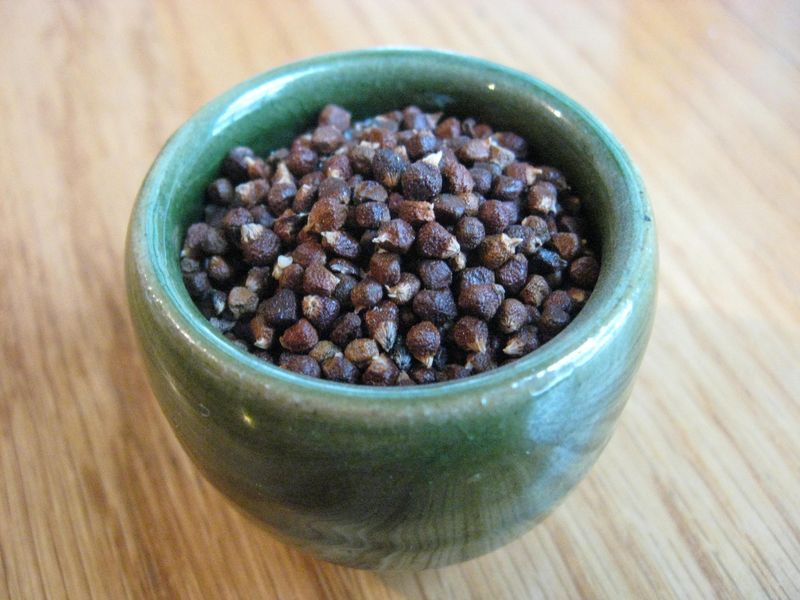 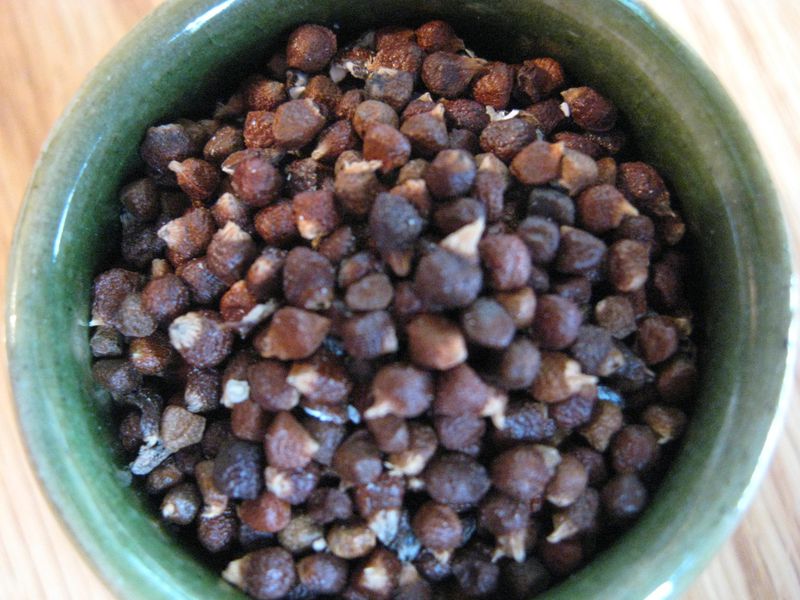 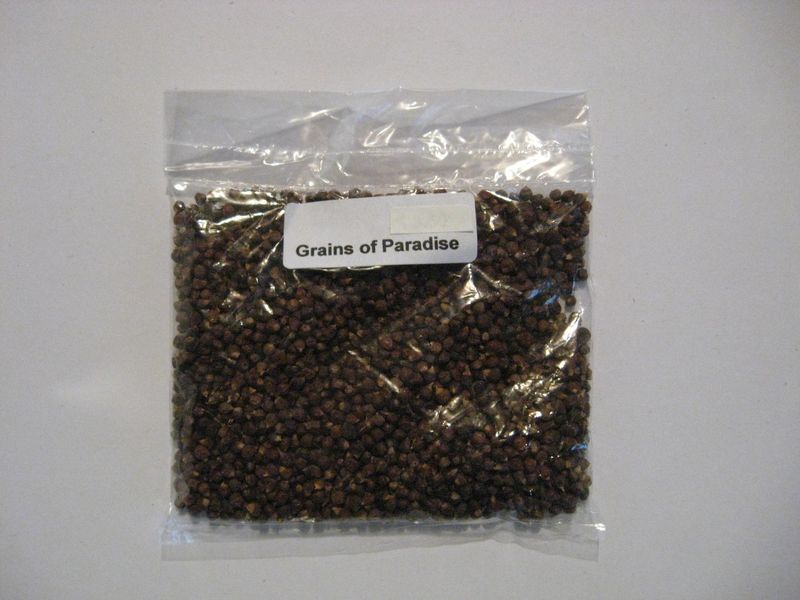 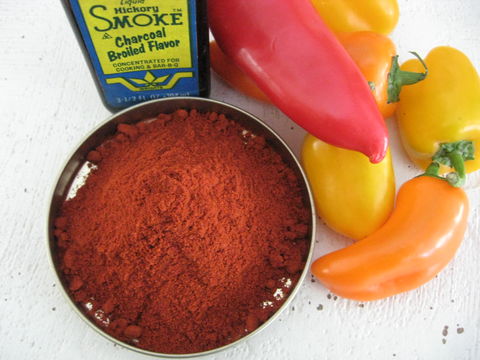 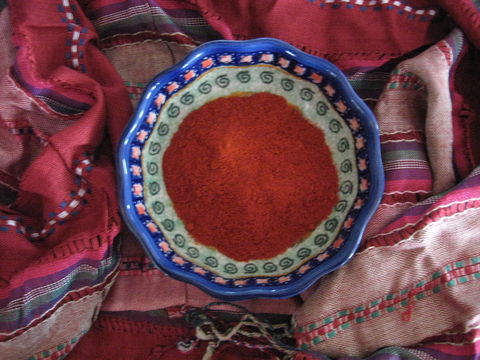 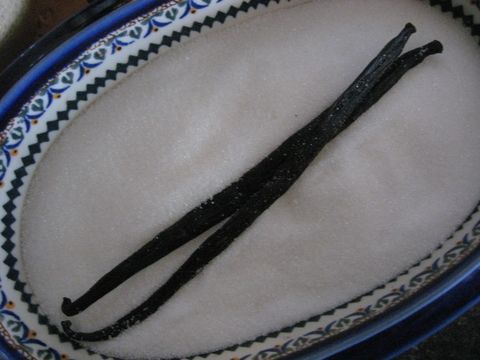 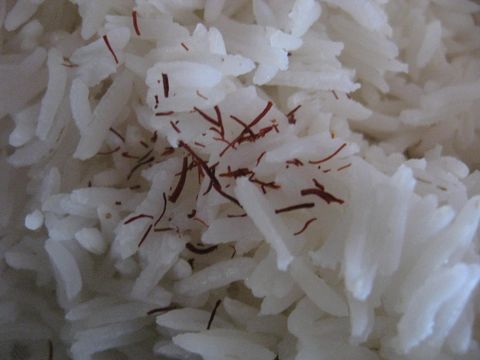 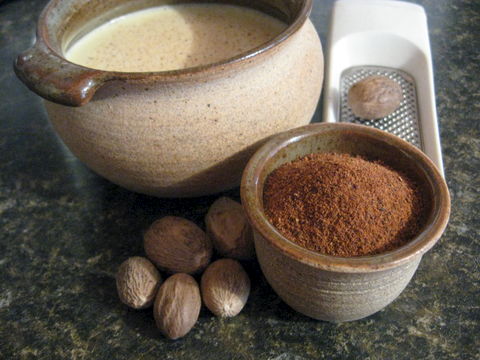 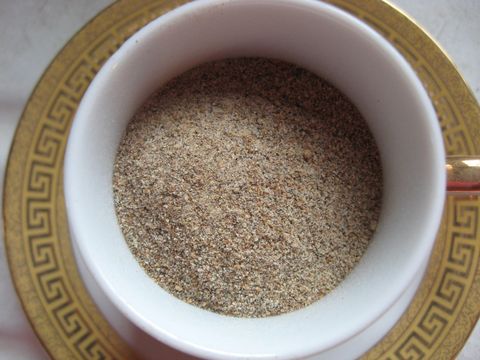 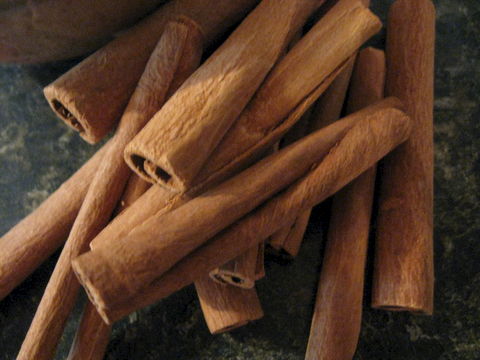 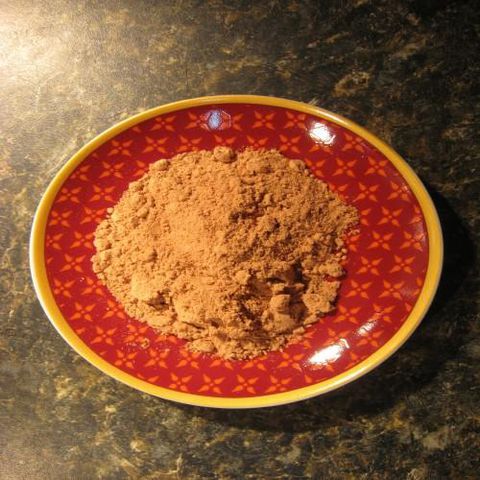 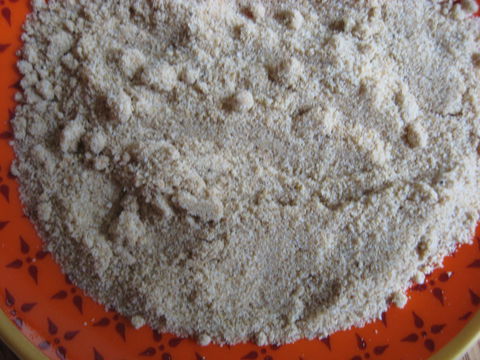 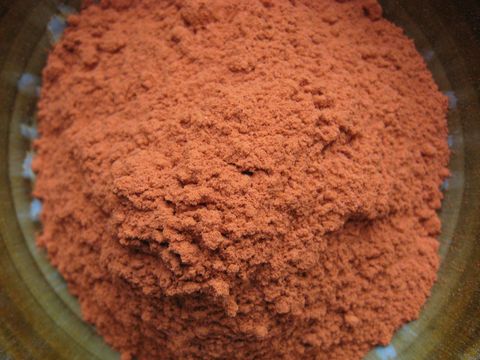 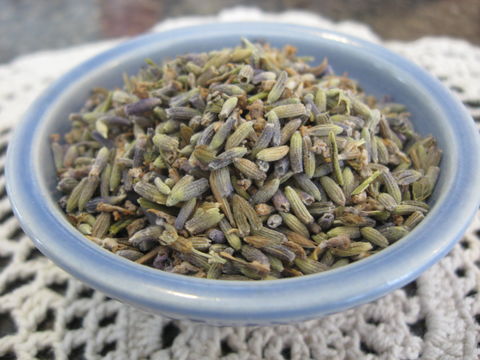 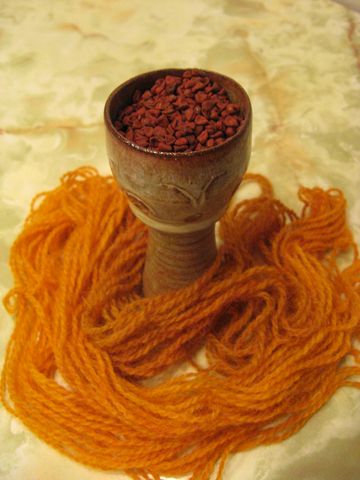 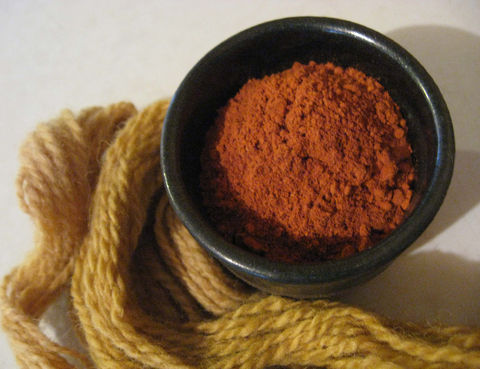 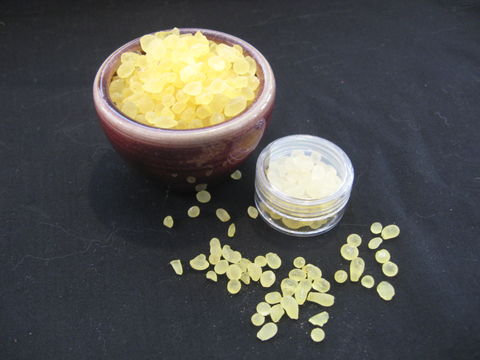 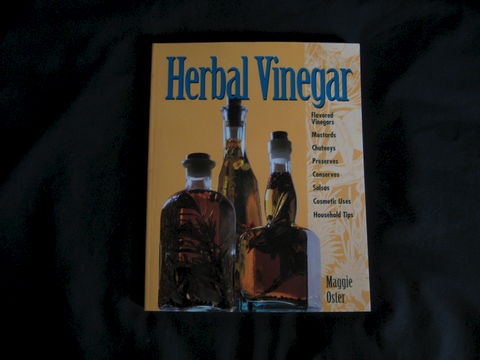 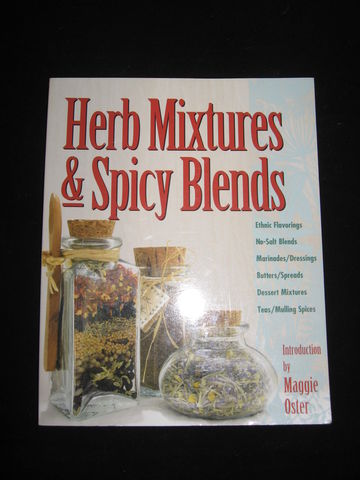 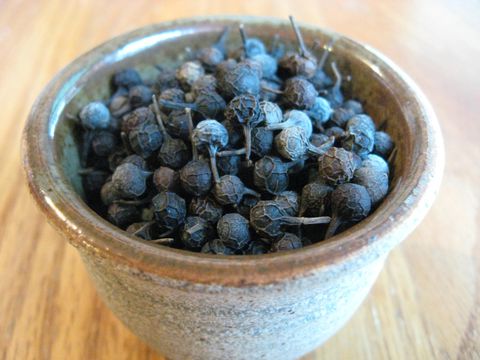 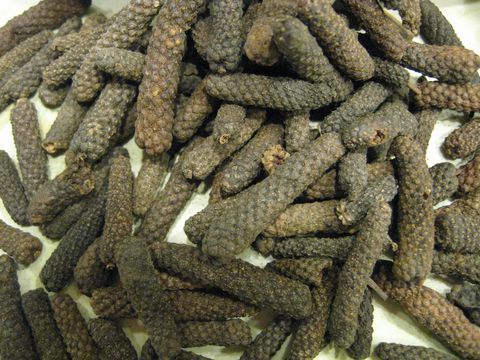